As sea trout anglers, we are the first sentinels of our the coastal environment we live.
We can do few simple things for preserve our beaches, such as avoid to throw or leave our garbage on the coast or in the water.
At the end of our nice fishing day, why not, we could even pick up some of the garbage that other people have left around…we would have done a good deed too!
If we intend to keep a sea trout for dinner, the best we can do is to clean it directly on the coast and throw the interiors into the water: small fish, crabs and sea birds will do the rest and will be happy as well!
Last but not least, we have to remember to respect all the fishing rules in force such as the minimum size of the fish we can keep, the protected fishing zones near the sea trout spawning river mouths, the bird protected areas.

C&R for sea trout: an option to consider. 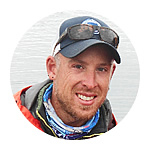 “Some guests told us that…another aspect that distinguishes our Lodge, is the fact that we are a bit like pioneers promoters in our area of what we call catch&release philosophy….
It is not entirely inaccurate if I think about some articles I wrote in the past about this argument, and the words i spend with many anglers about C&R. For many anglers, keeping a fish for dinner is still important, and we can’t deny that sea trouts are pretty tasty! If you keep 1 or 2 fish for dinner, our simple suggestion, is to release the rest of the fish you catch. Fishing with a bit of conscience, that’s it!”
Omar Gade – Denmark Fishing & Outdoor Lodge

If we choose to release a sea trout, let’s do it properly.

Unlike hunting, where success with your rival implies that the game animal will end up on the hunters table, fish can almost always be released successfully, something that more and more anglers are doing every year. A sea trout will get a chance to live many years, and will get bigger if released, and as the great Lee Wullf said: “Game fish are too valuable to only be caught once!“.

Here few suggestion on how to practice C&R: